The store will not work correctly in the case when cookies are disabled.

About Isle of Man Energy

From lighting the streets of Douglas, to heating and providing hot water for homes and businesses across the island; we’ve come a long way.

We started life as The Douglas Gas Light Company which was founded in February 1835. The company was formed under the Lighting the Town of Douglas with Gas Act which received Royal Accent on 11 September 1835 and was passed by Tynwald at St John’s Chapel on 7 June 1836. Our job was to light the streets of Douglas with gas lights and Athol Street was the first street to be lit.

Henry Bloom Noble became a director of The Douglas Gas Light Company. The Cumbrian-born philanthropist and businessman was the richest resident of the Isle of Man at the time of his death. He bequeathed a large amount of his fortune to the people of the Isle of Man, resulting in numerous civic amenities including Nobles Hospital and Nobles Park.

The company purchased 51 Victoria Street in Douglas to refurbish it as the new showroom. The refurbishment was completed in 1985.

LPG gas displaced coal as the source material for gas when Kosangas (Isle of Man) was formed.

We rebranded to Isle of Man Energy signifying our new direction. The change marks the beginning of our exciting journey to a Net Zero future and our role in supporting the island’s energy transition. 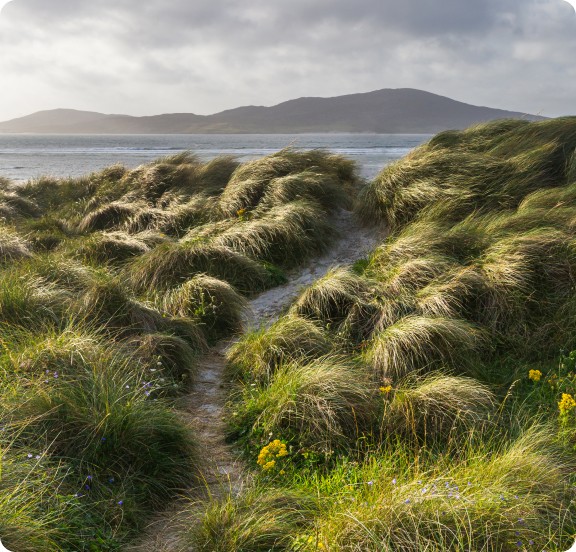 Our journey to net zero emissions

Our ambition is to be a Net Zero business. For a company that has supplied gas, a fossil fuel, for over 150 years in the islands this might seem something of a leap, but it is a leap that we are fully committed to make.

We are part of the Islands
Energy Group

We’ve made being a role model for Net Zero a strategic business objective which is steering changes in how we operate and what services and products we offer. We’re at the start of our journey, but we’re moving in this new direction because we want to give our customers choice in their energy management and to support our island’s vision for its energy future.

We’re committed to achieving Net Zero, but this won’t happen overnight. Gas will continue to have a place in the energy mix as it is vital for the success of our island’s energy transition - and we plan to be a big part of the Isle of Man's Net Zero future so we can continue to provide energy for every generation.